We’ve just finished up another sequential timelapse film for the Timespace series!  We called this one Hidden Lake Spring 2022, since it’s several days and nights of captures on Hidden Lake right here in Alleghany County, NC, all happening during early May of 2022.

Watch it here!  Be sure to view it on a big screen with the lights down and the sound turned up on a nice high-fidelity stereo system if you can.  (If you’ve got to watch it on your phone, with earbuds, we’d be curious to know how it looks and sounds.  Drop us a line!)

Heads up: this film is almost 20 minutes long, so make sure to give yourself plenty of time to watch it.

We really like the dynamic weather changes that come up during this time of year, and the lake makes such an excellent canvas to capture the beauty of these dynamics on a variety of textures.

This is also one of the first films we’ve produced using the music available from Soundstripe, which is one of many stock music and SFX services available on the internet.  We’re pretty pleased with the selection of music available there, as well as the production value, and we think the themes of music available match up pretty well with our improvisational approach to assembling these seamless composition timelapse films.

Be sure to watch all the way through to the end credits if you’re interested in knowing who the musicians are that make this fabulous music.

Also, we had a few different species interact with the lake and the camera during this series of captures, including geese and a spider.  Keep a sharp eye out to see if you can spot them.

Here are some stills from the film to give a sense of the interplay.

The geese did a great job framing themselves perfectly for the composition exactly when the camera captured this frame.  We promise they’re not on the payroll. 😉

We’ve also noticed there is a spider that likes to set up camp on the camera, sometimes spinning small webs around the camera mount.  It is often on the camera when we go to change the battery, and there are a few instances in the series where it crawls across the lens during capture. 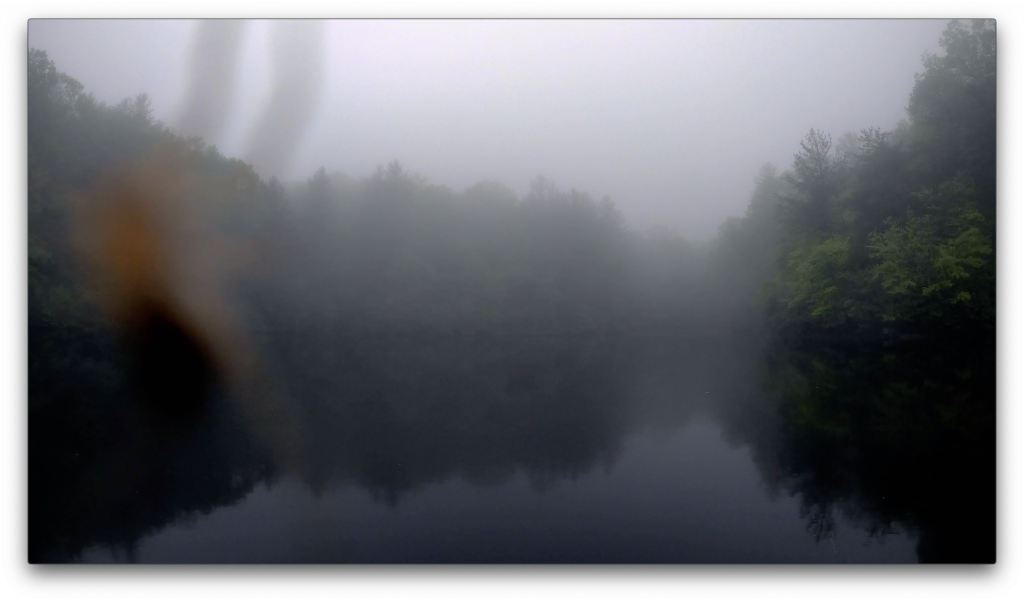 We are especially fond of the foggy morning shot where the spider lingered for a few frames, which is probably about 20-25 seconds of real time.